"It was a lamp I wanted to have for myself—a lamp that I felt should be something like a tool. A tool is an object that fulfills a function—a very concrete function—and normally its form explains the function. That’s what makes a tool so beautiful" - Grcic 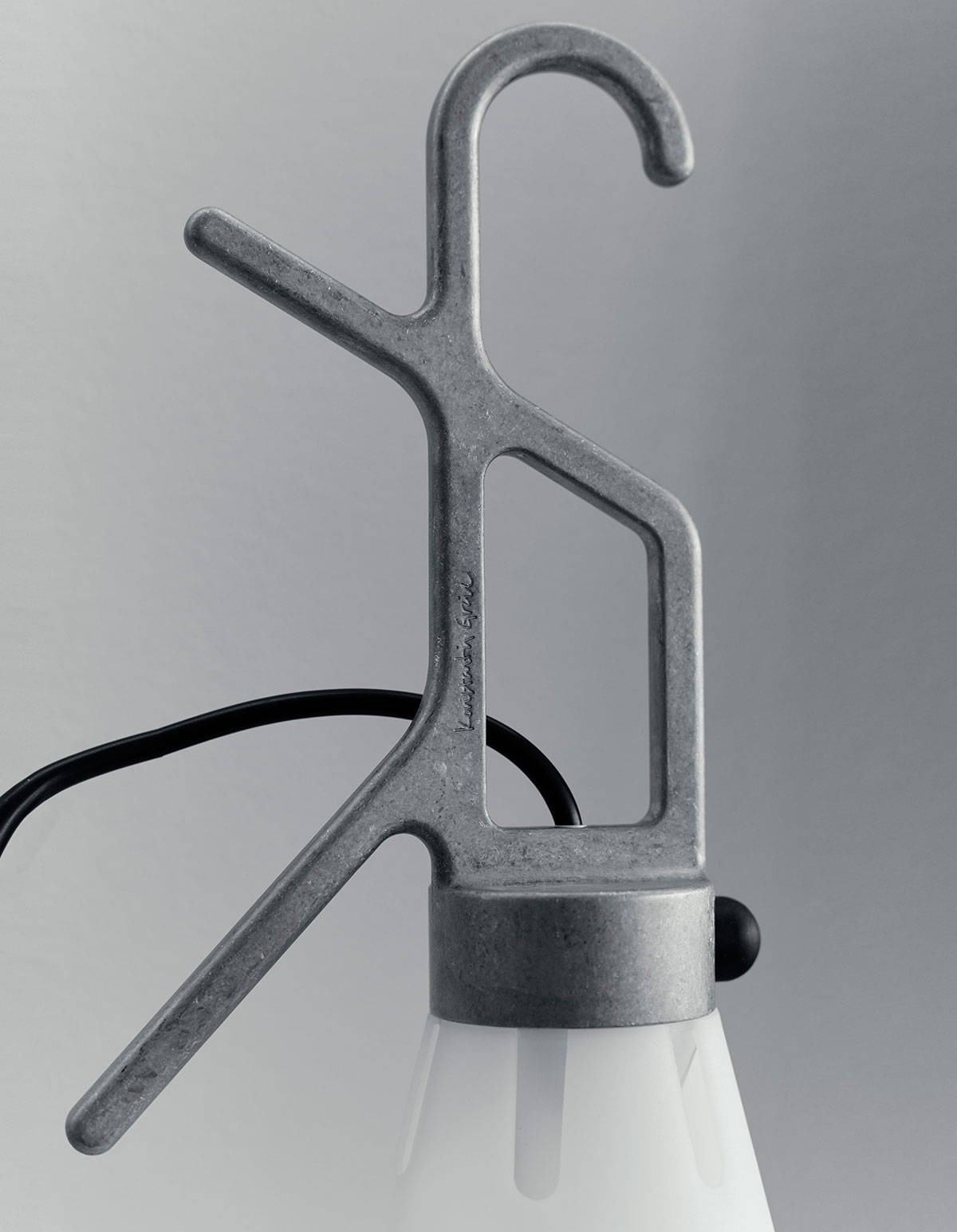 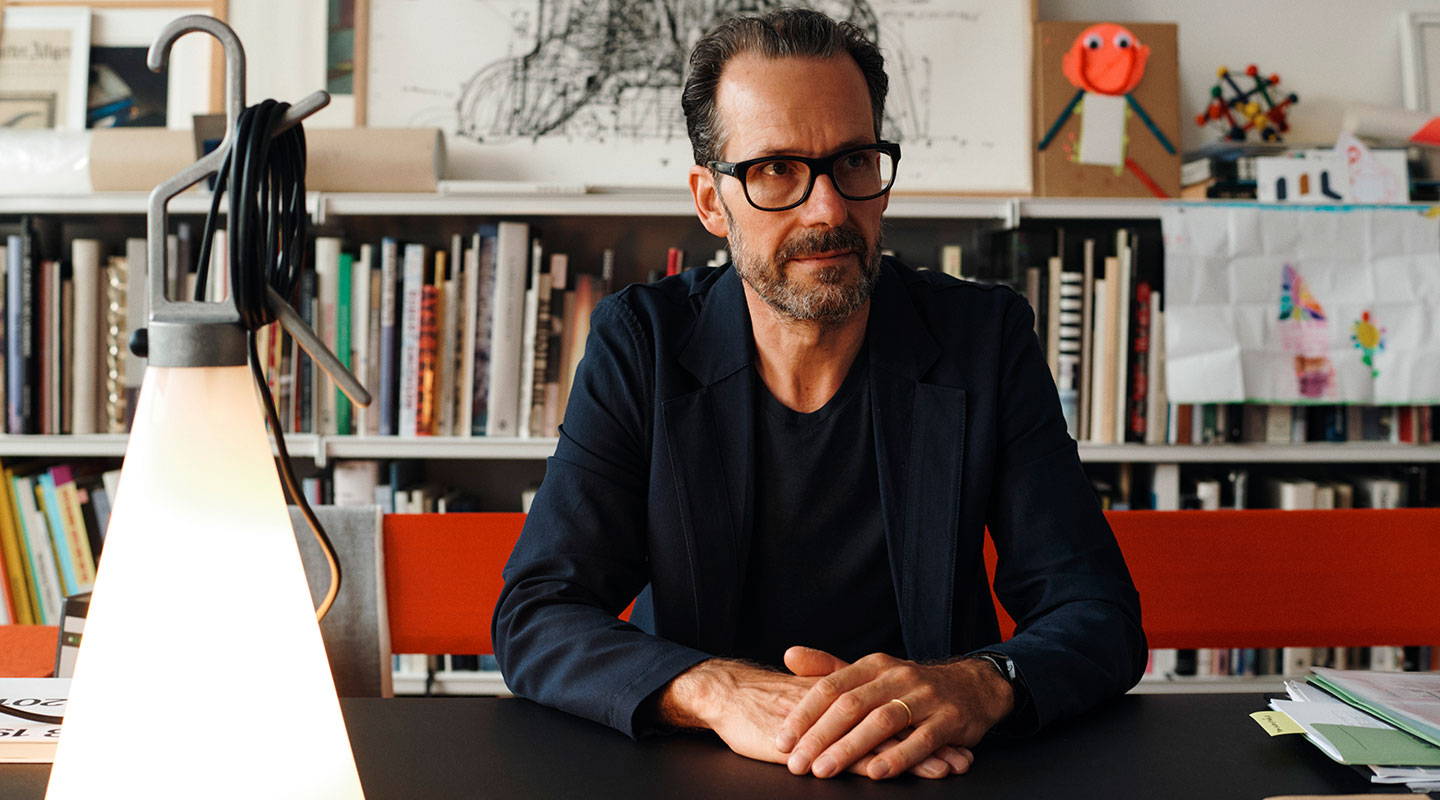 German designer Konstantin Grcic revisits his first design for Flos after twenty successful years on the market. The limited edition lamp's handle has engraved the exclusive and unique progressive serial number for each piece plus the designer's signature. 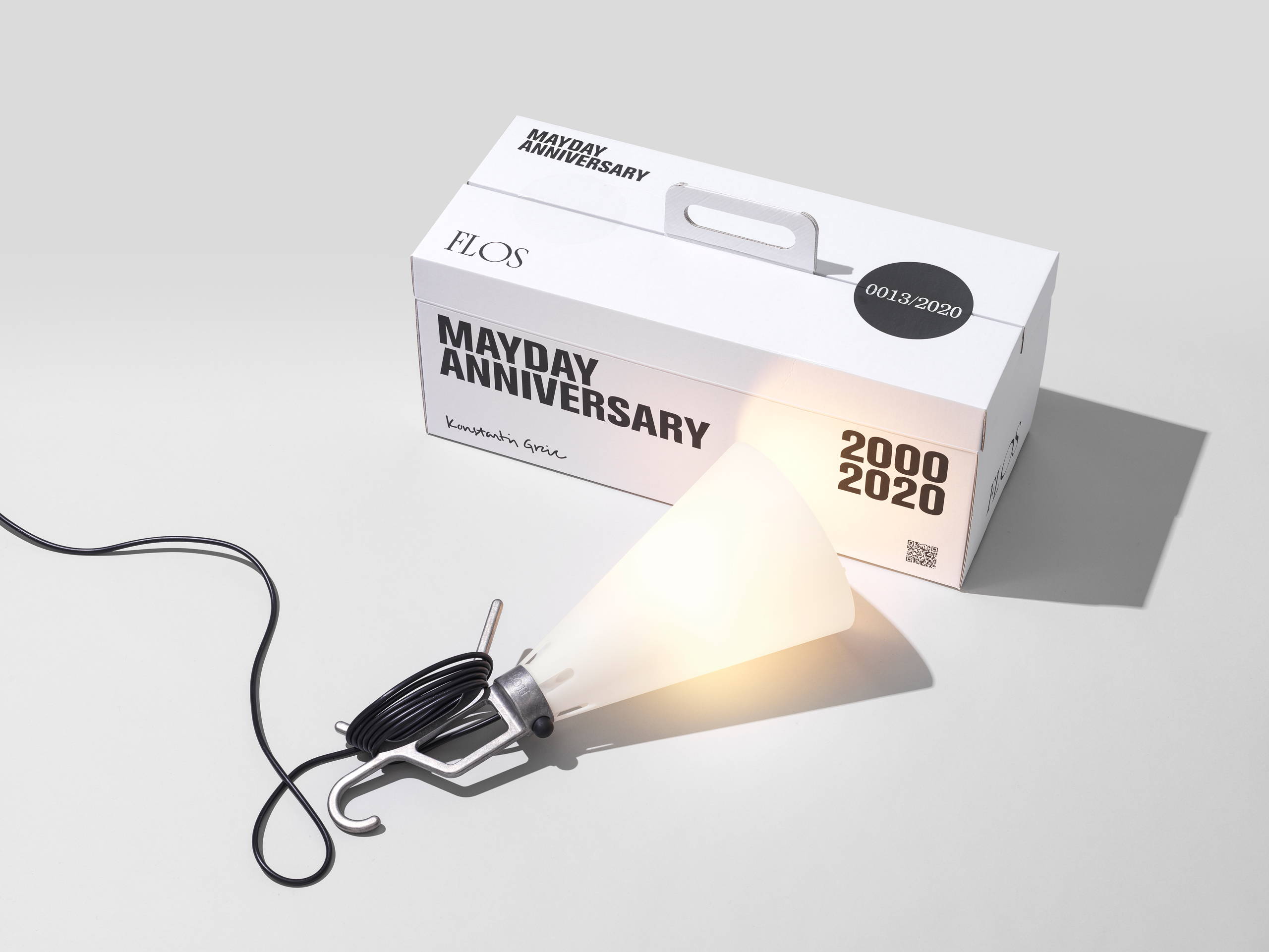 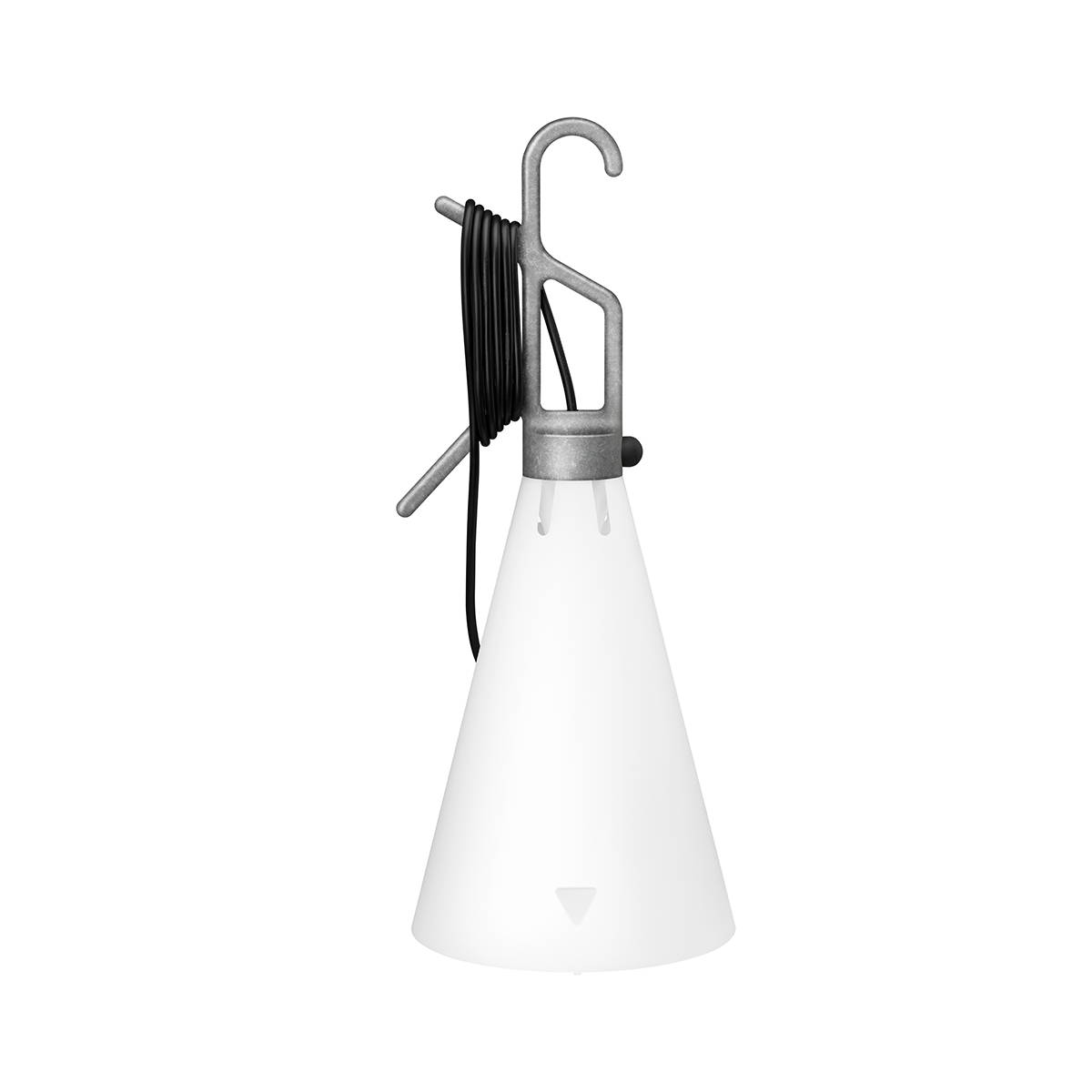 Signed by Konstantin Grcic and presented with the "Compasso d'Oro" award, Mayday is a versatile lamp, which can be placed on a table, set on the floor, or suspended, due to the multi-functional handle, which also acts as a cord reel.

Mayday Anniversary comes with a special packaging in honor of the 20th Anniversary of the iconic lamp. 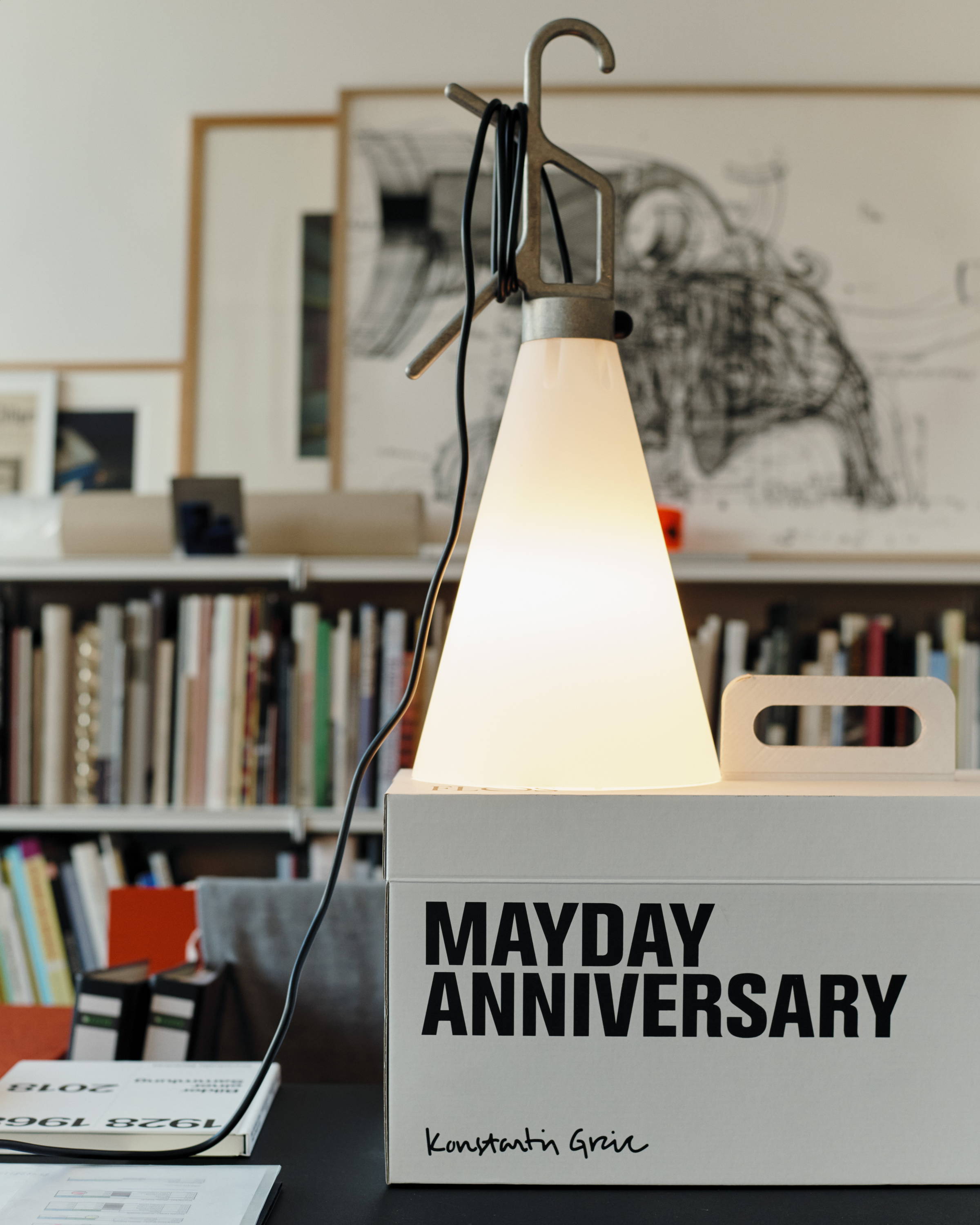 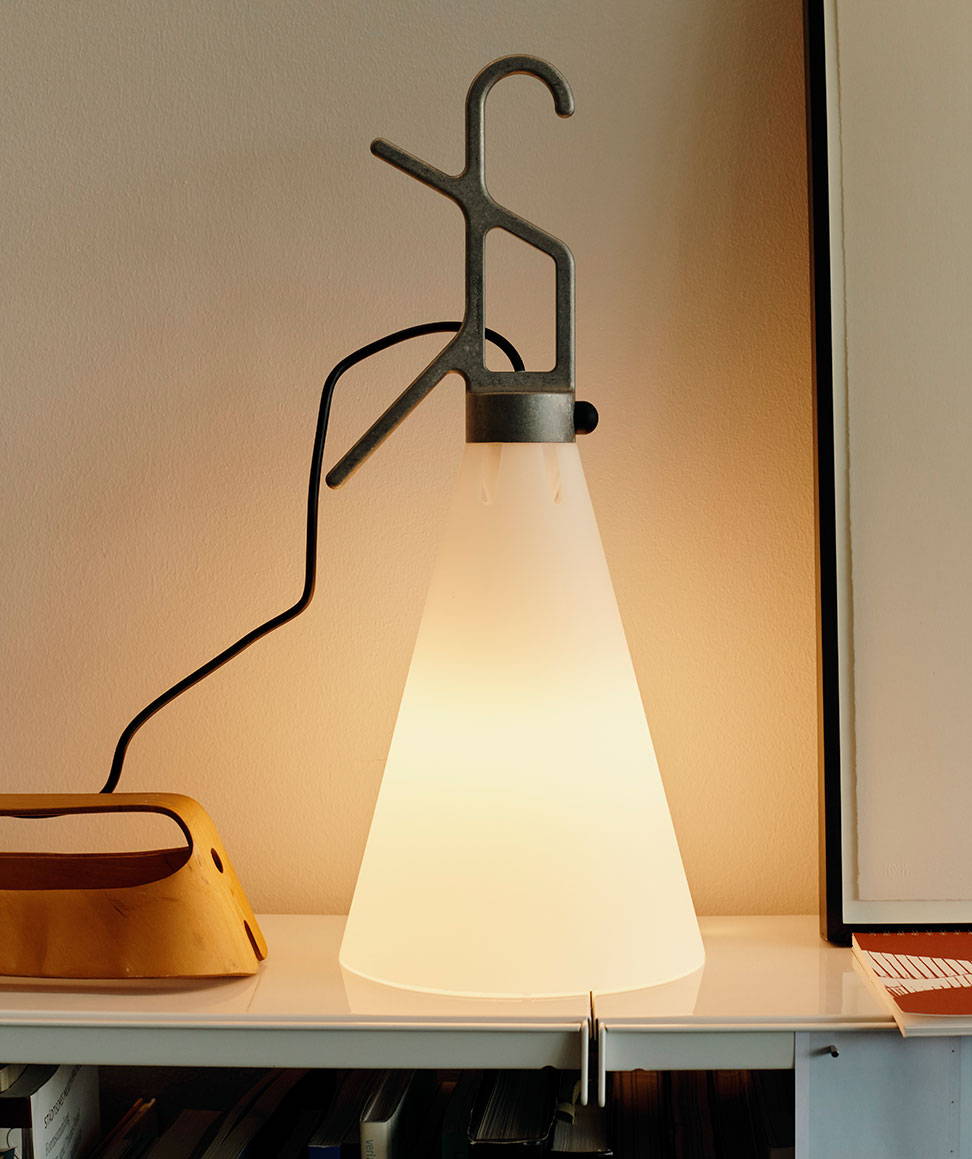 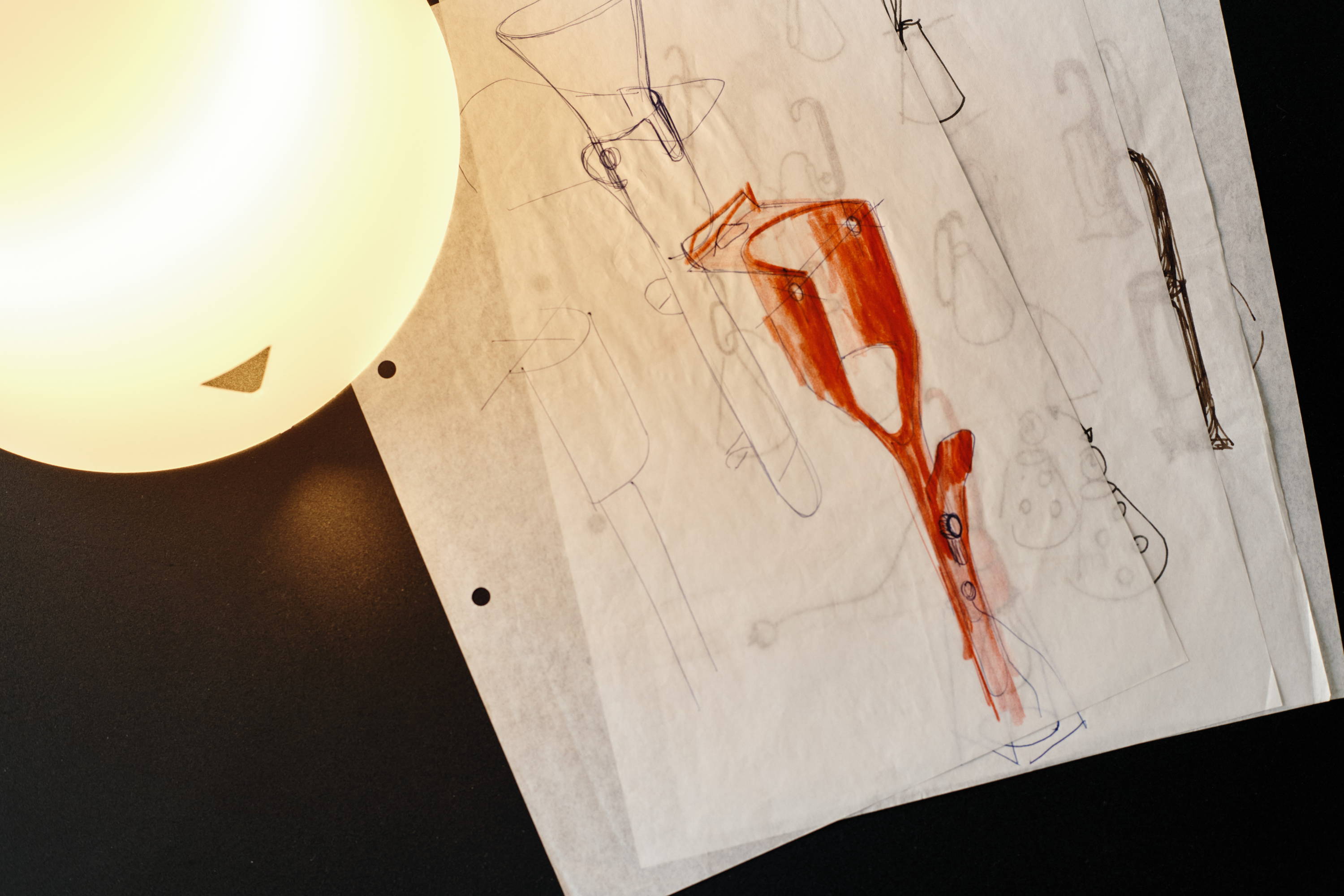 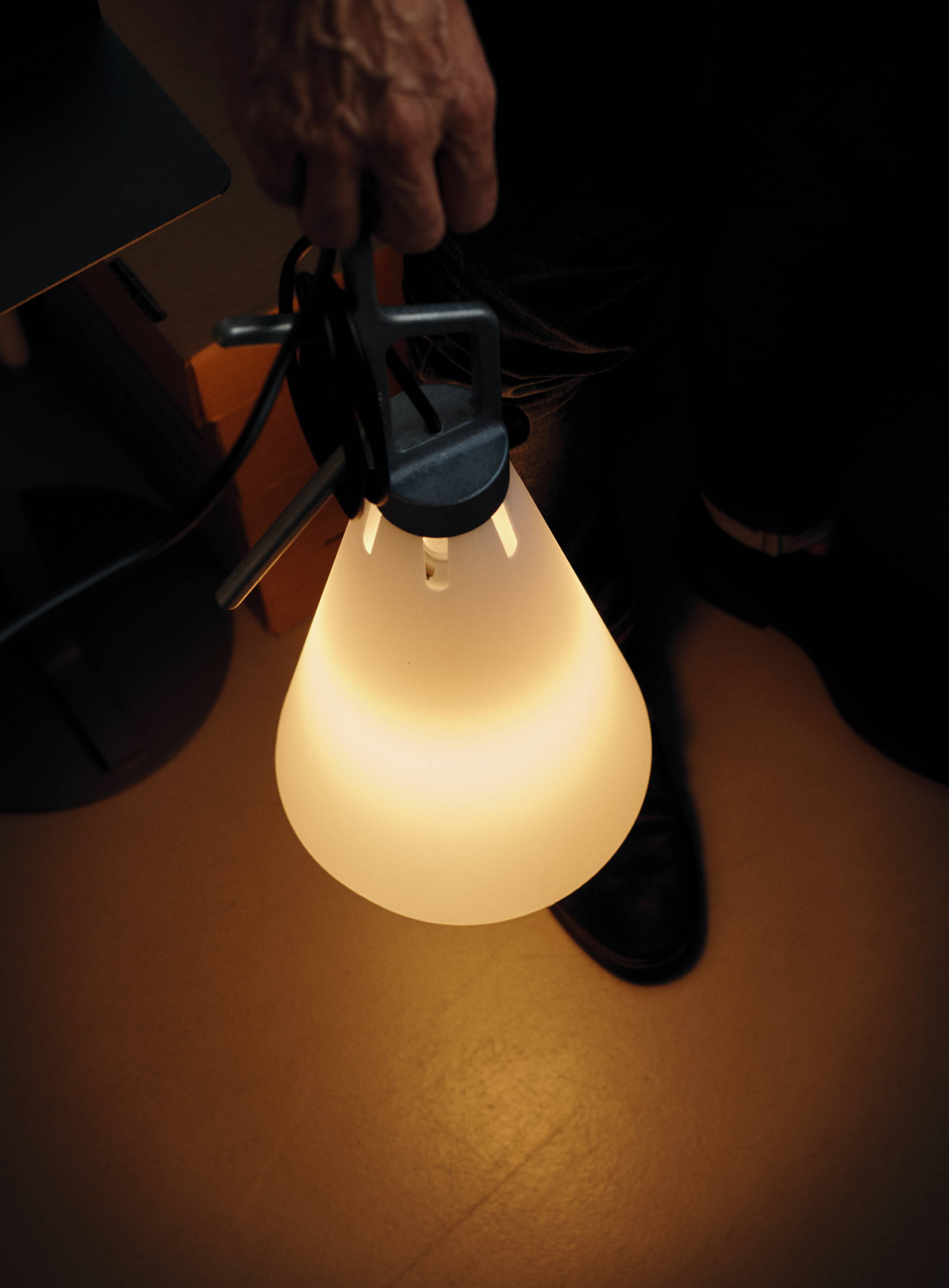