A pencil sketch. Two great designers who worked together but never met. A 50 years old best seller, now presented in a new edition using the colors they loved. The story of Parentesi is special, and it draws from ingenuity, a pinch of magic and a lot of respect. 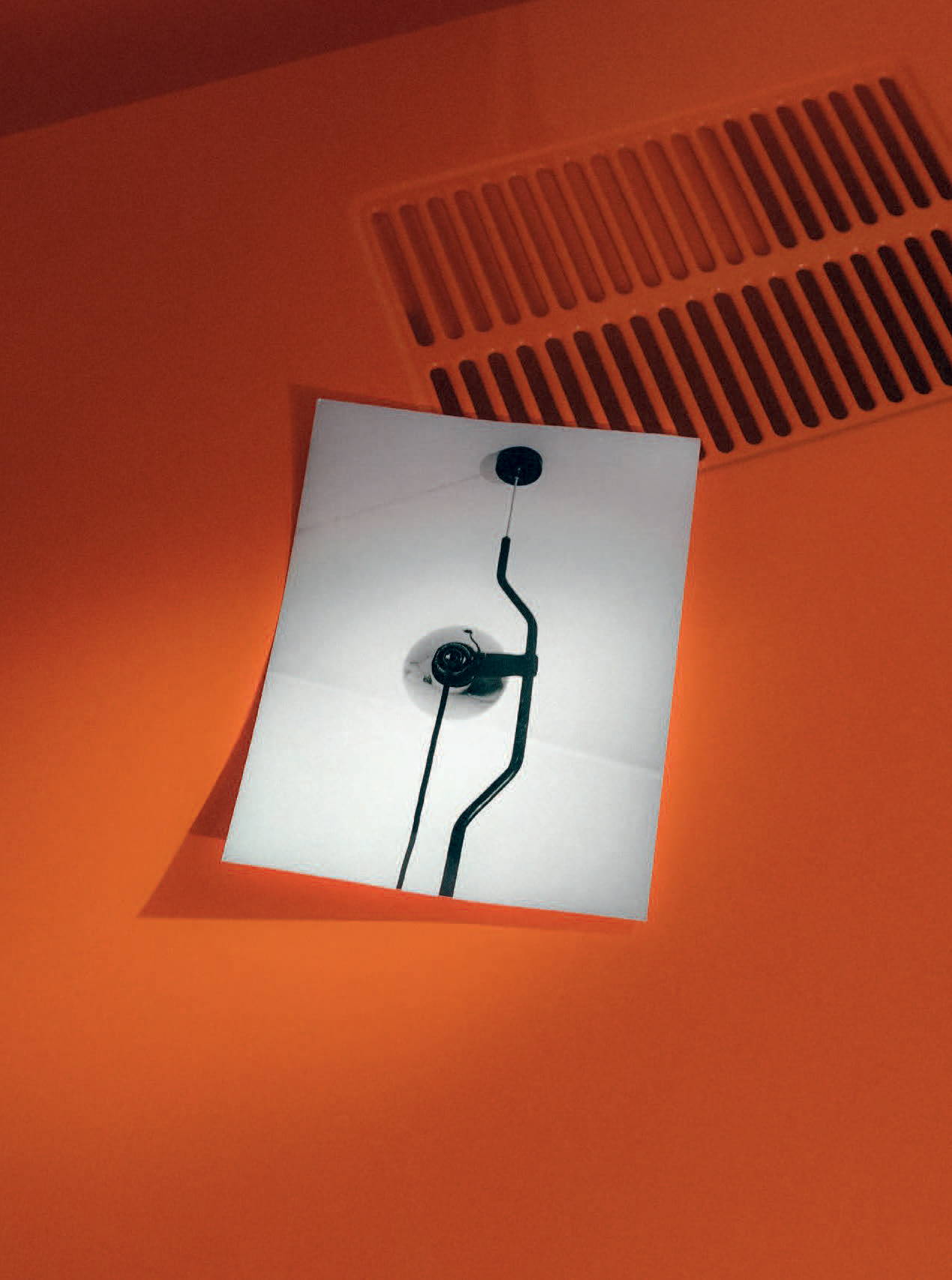 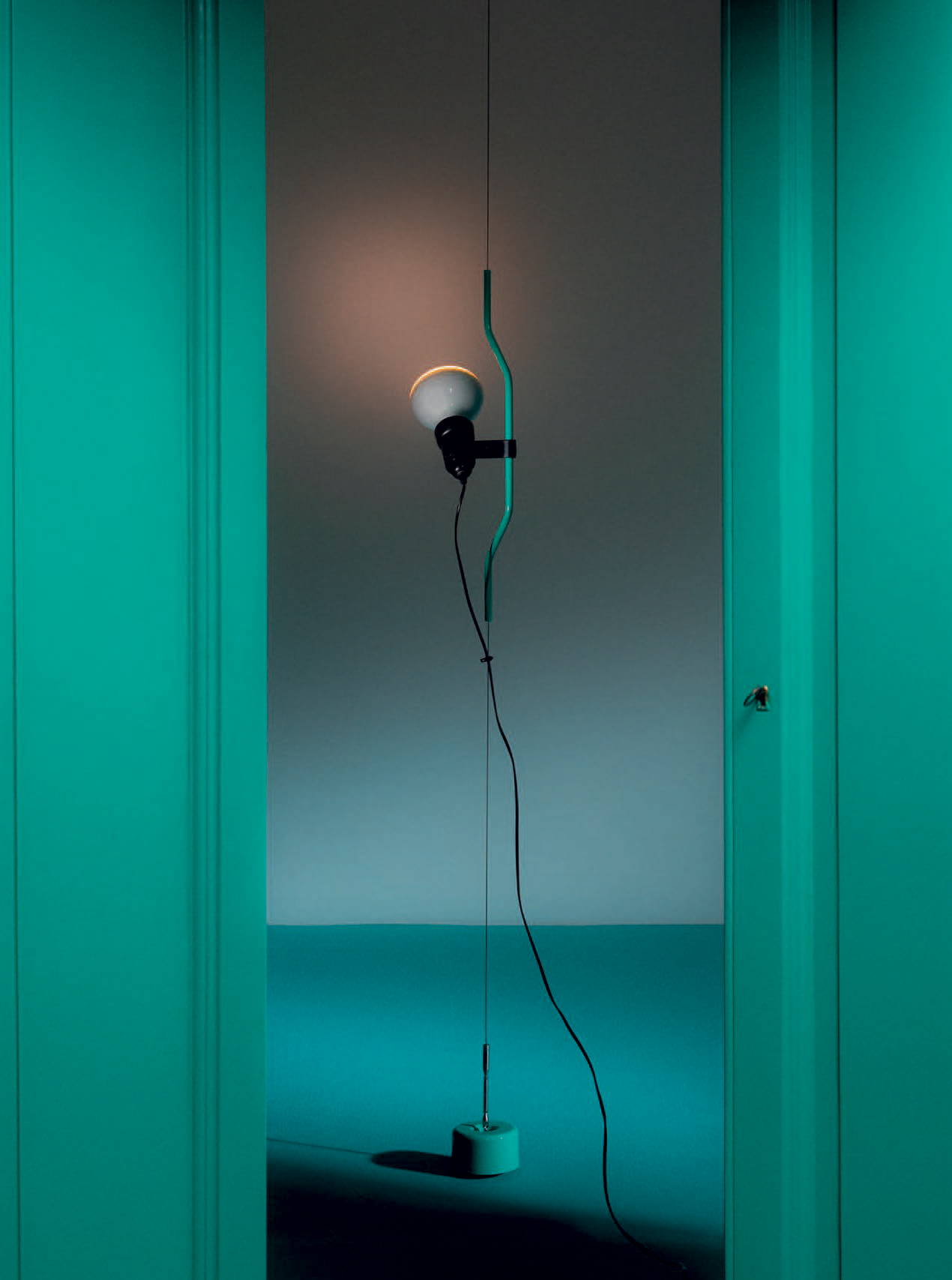 Good design creates relationships – between people, objects, technologies. But when it allows for impossible connections to occur, it evokes the idea of magic.

It is indeed the word magic that springs to mind when thinking about the story of Parentesi, the lamp by Pio Manzù and Achille Castiglioni, produced by Flos since 1971 and presented for its 50th anniversary in the new editions Turquoise and Orange Signal. The story of Parentesi is the story of a dialogue that never happened, a story of ingenuity fueled by a passion for everyday objects, and an example of the respect that those who create should have for the creativity of others.

The story of Parentesi begins with the premature death, in 1969, of young designer Pio Manzù. A unique talent, he was the inventor of the first multi purpose vehicle and author of immortal transport icons such as the FIAT 127. Castiglioni knew his work, but the two never met. Thanks to Manzu’s widow, Castiglioni was presented with his drawings, and one caught his attention. It was a slotted, light emitting cylindrical tin resting on a rod connecting ceiling and floor: thanks to a screw, it could make a half turn, and move up, down and stop. It was the original idea behind Parentesi.

There was a lot of Manzù in that drawing, recalls Giacomo Manzoni, son of the maestro and curator of his Foundation: “his obsession with simplicity, cost reduction, everyday objects”. “The sketch had all the elements to make Castiglioni fall in love: flexibility, ready-made, lightness”, adds his daughter Giovanna Castiglioni, curator of the Achille Castiglioni Foundation.

Above all, the drawing shows potential for movement: Castiglioni wants to set it free, working closely with the Flos technicians. He replaces the rod with a metal wire that, deflected by a tube, causes friction: so the lamp stays in position without the need for a screw. The line remains in tension between a boat tensioner and a 5 kg weight. Parentesi is light, affordable, and dynamic. Flexible and contemporary, but also timeless because it draws on the collective imagination: the light source is a simple bulb that turns 360 degrees.

Above all, Parentesi is a co-design tool. “The idea was: you buy it, you mount it“, explains Giovanna. Parentesi comes in a ‘naked’ packaging, two plastic shells made in a single mold. ‘In 1965 my father used the same molding technique to make a promotional case for FIAT,’ says Giacomo. ‘The transparency of the packaging, which gives dignity to the individual elements, references the way Manzù exhibited the mechanical parts of cars at trade fairs: on the wall, like works of art.’ 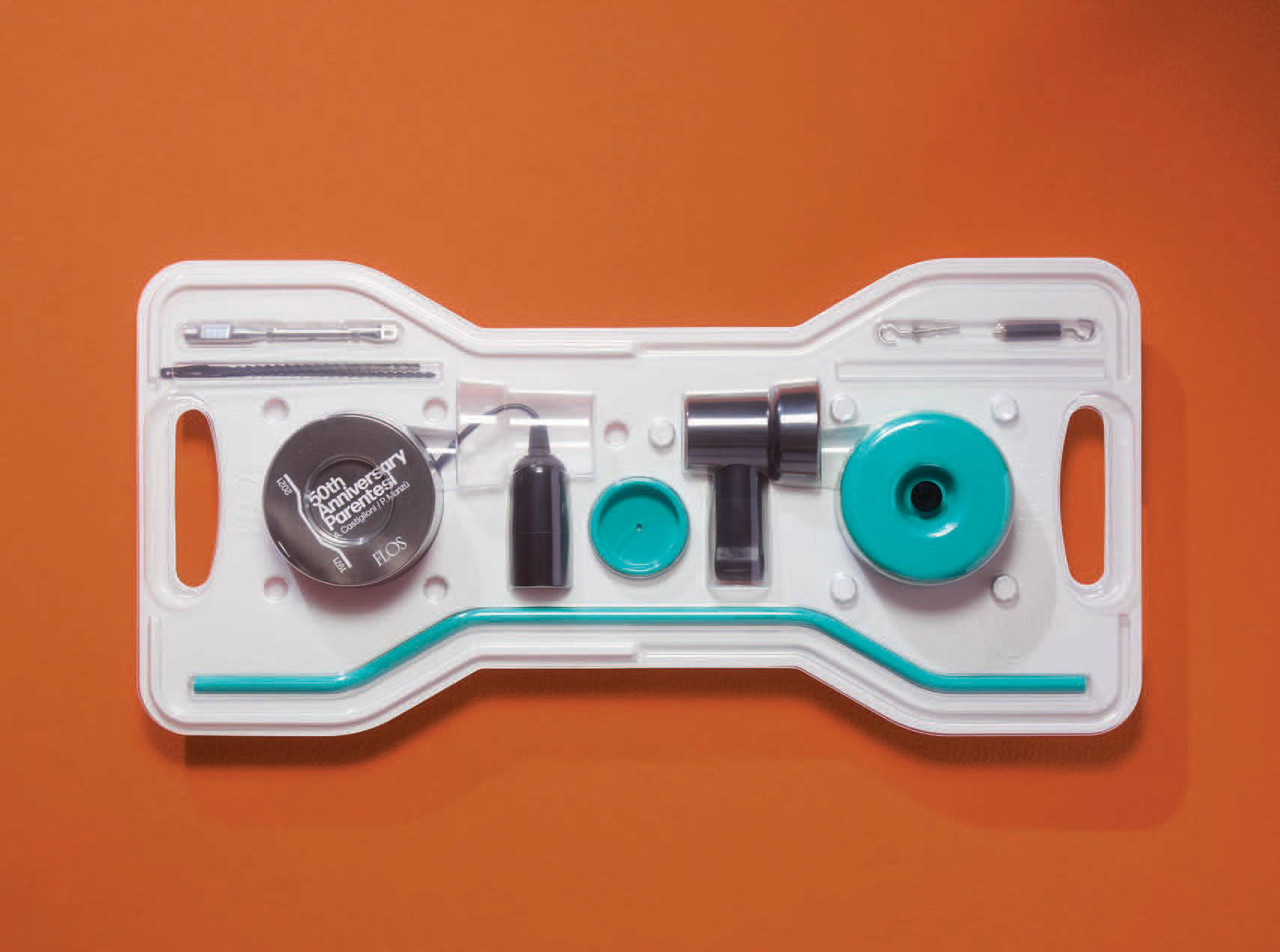 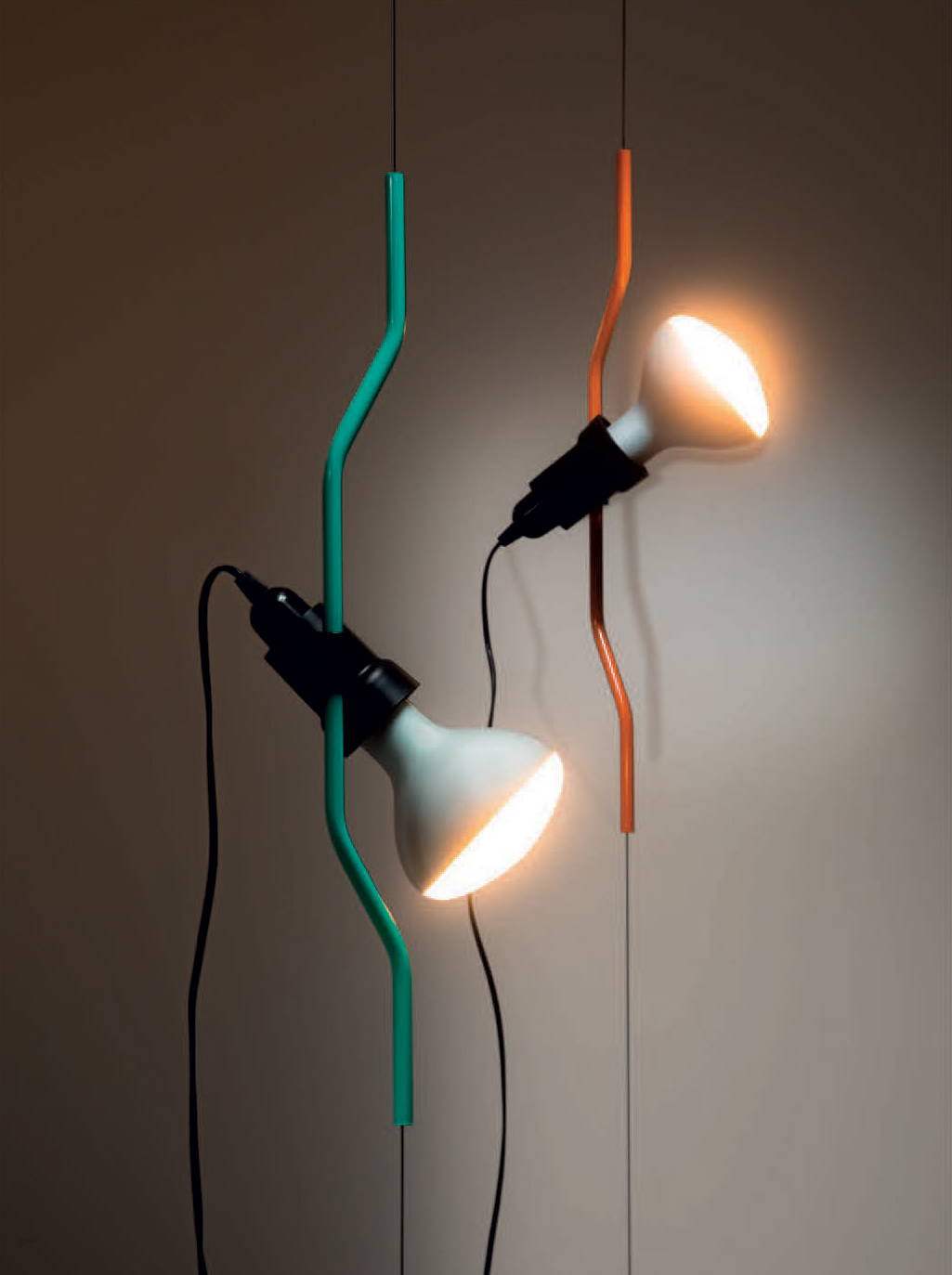 Parentesi in Turquoise and Orange Signal. 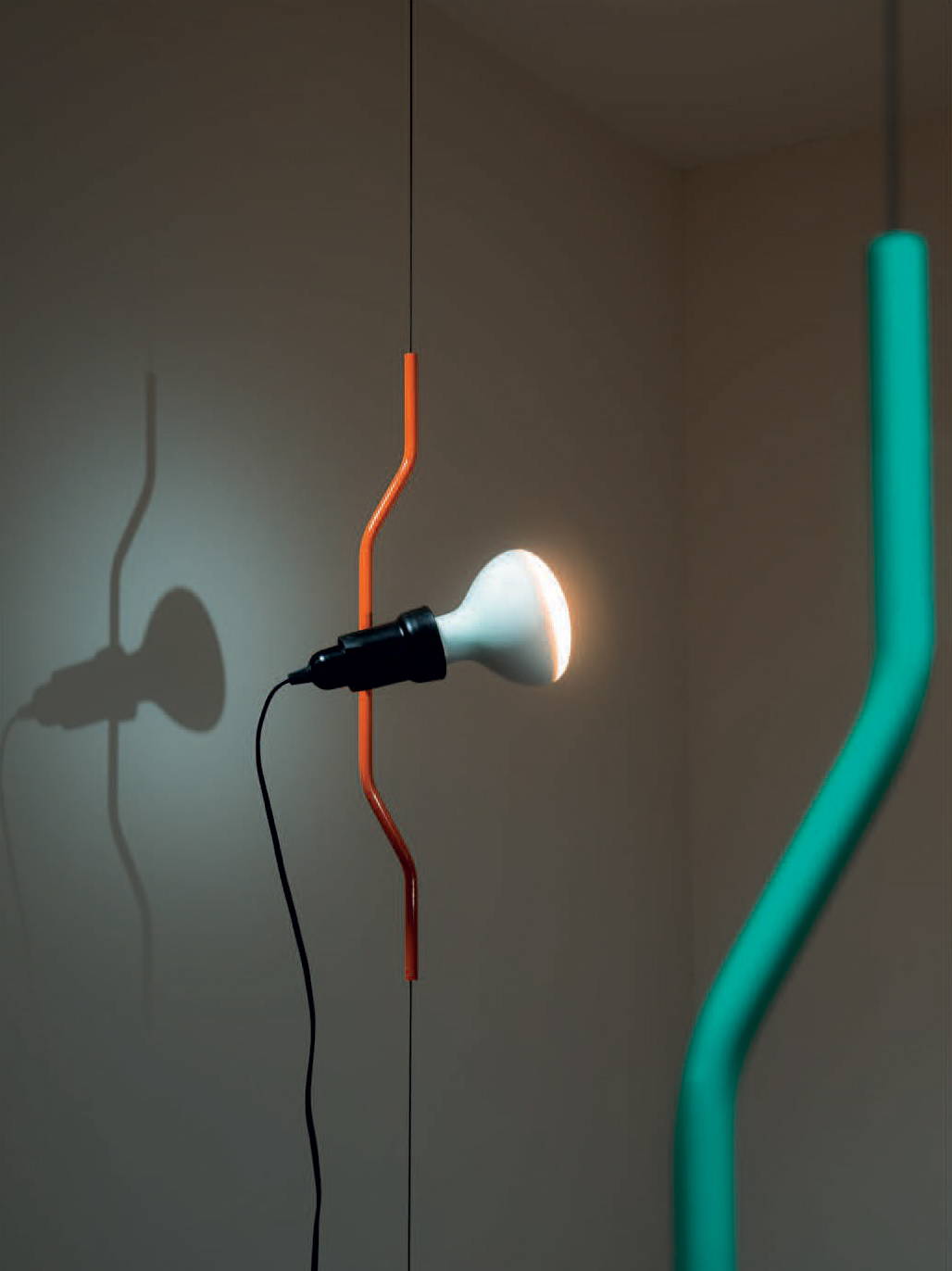 Did Castiglioni know how much of Manzù’s sensitivity was in his interpretation of his project?

"It’s impossible to say", says Giovanna. But Castiglioni chose to share Parentesi's authorship with his deceased colleague, honoring the value of his intuition as much as the design and technical skill that turned it into a finished product. "A noble gesture that teaches respect for ideas in a world where it is often lacking", says Giacomo Manzù. Respect is also reflected in the choice, made by Flos’ design curators, architects Calvi Brambilla, to draw from the imagination of both creators of Parentesi for the special edition that celebrates its 50th anniversary. The pair chose Turquoise and Signal Orange following a philological approach.

‘The first was dear to Castiglioni, who had used it for home interiors. The second was the color that Manzù used for his prototypes,’ explain the architects. ‘We applied them on the tube but also on the base, as it was colored in the original design. Even the 1970s packaging has been re-engineered and reintroduced, together with the round booklet, positioned underthe base of the lamp.’

More than a nostalgic operation, this re-interpretation of the Parentesi sounds like another piece of the dialogue between design maestros: a conversation that has lasted 50 years. 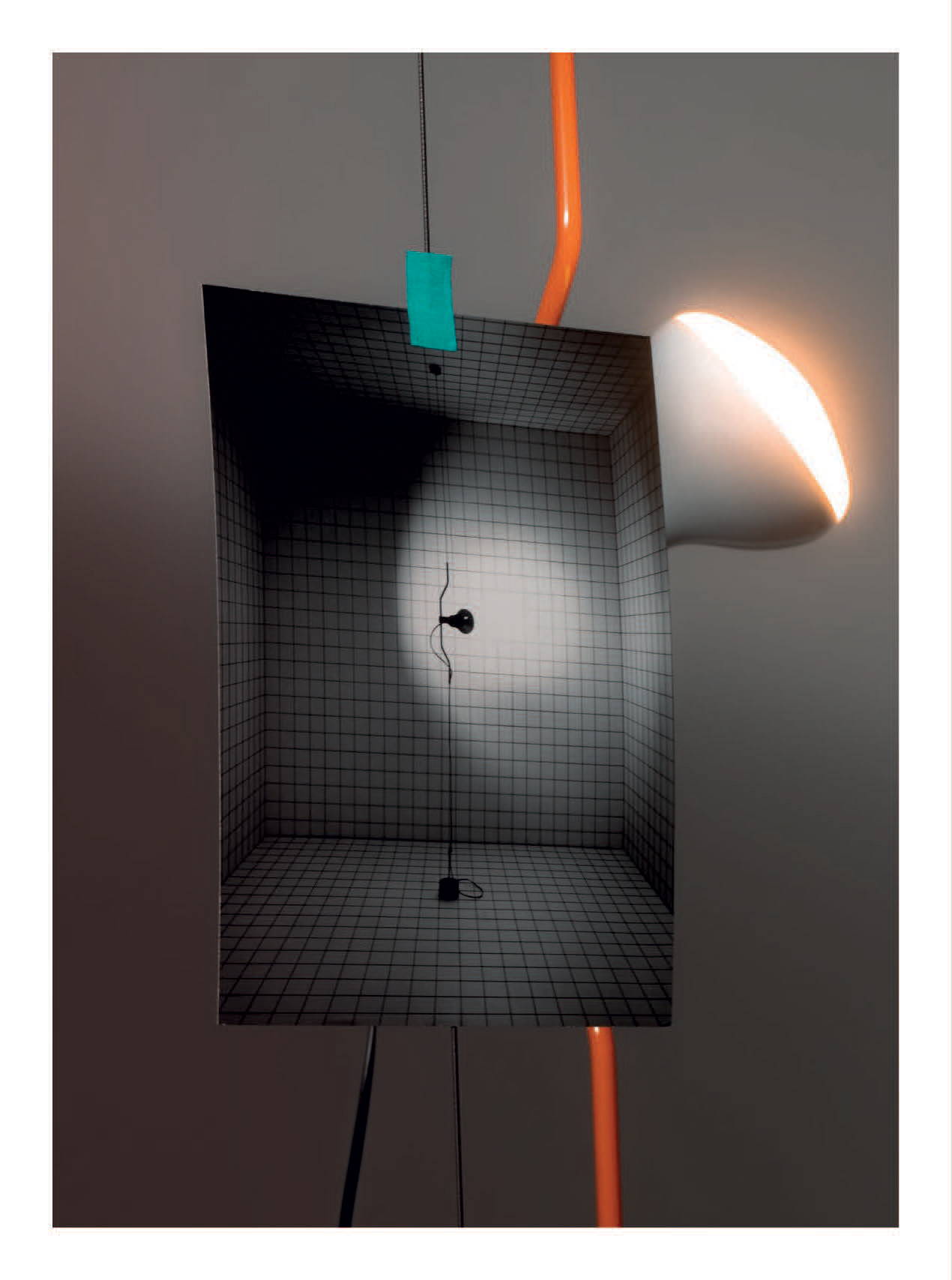 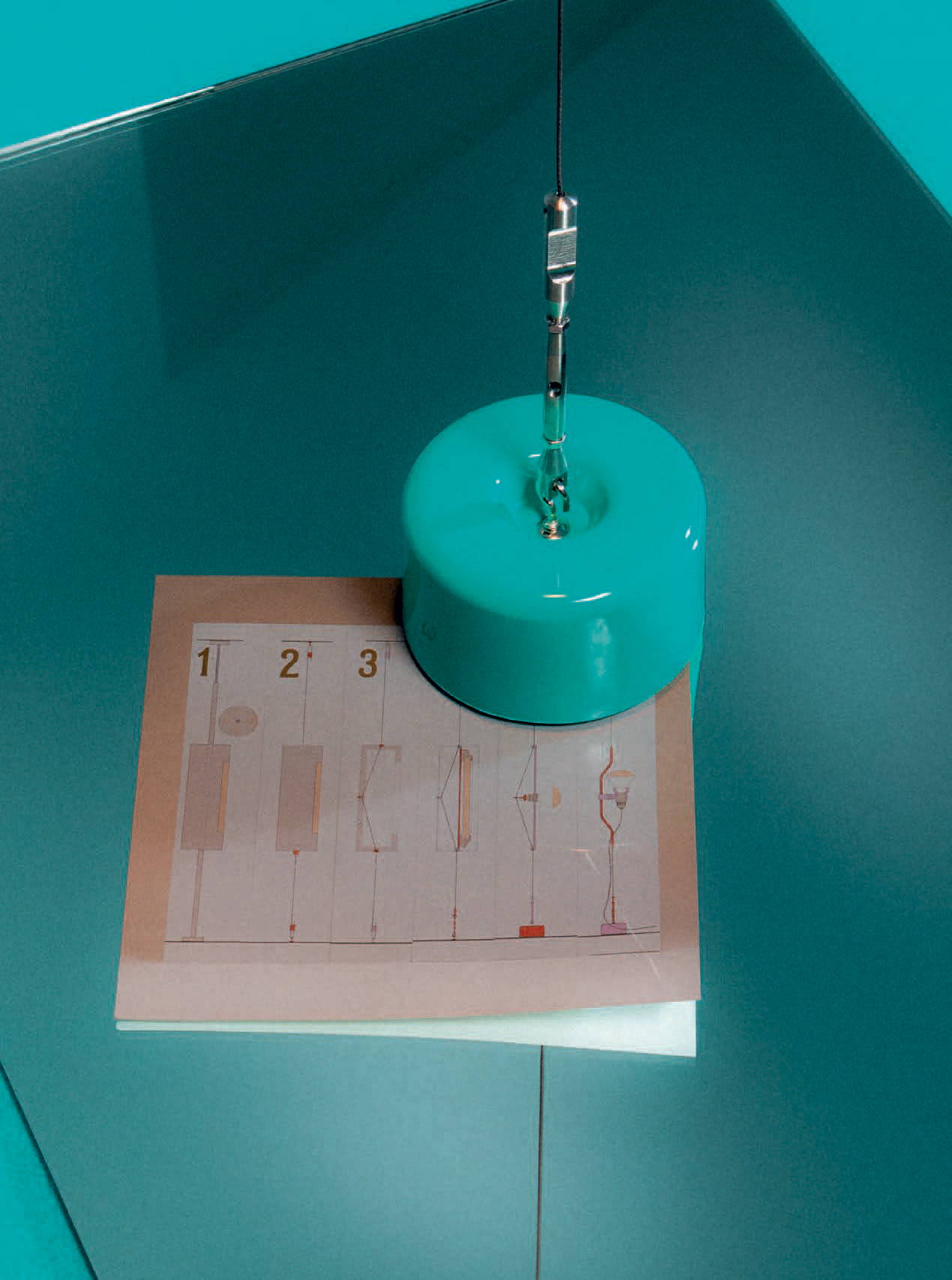 Original sketch by Achille Castiglioni showing the evolution of Parentesi, from Pio Manzù’s original drawing to the final model. Shown under the 5 kg weight in Turquoise, keeping the lamp’s wire in tension. 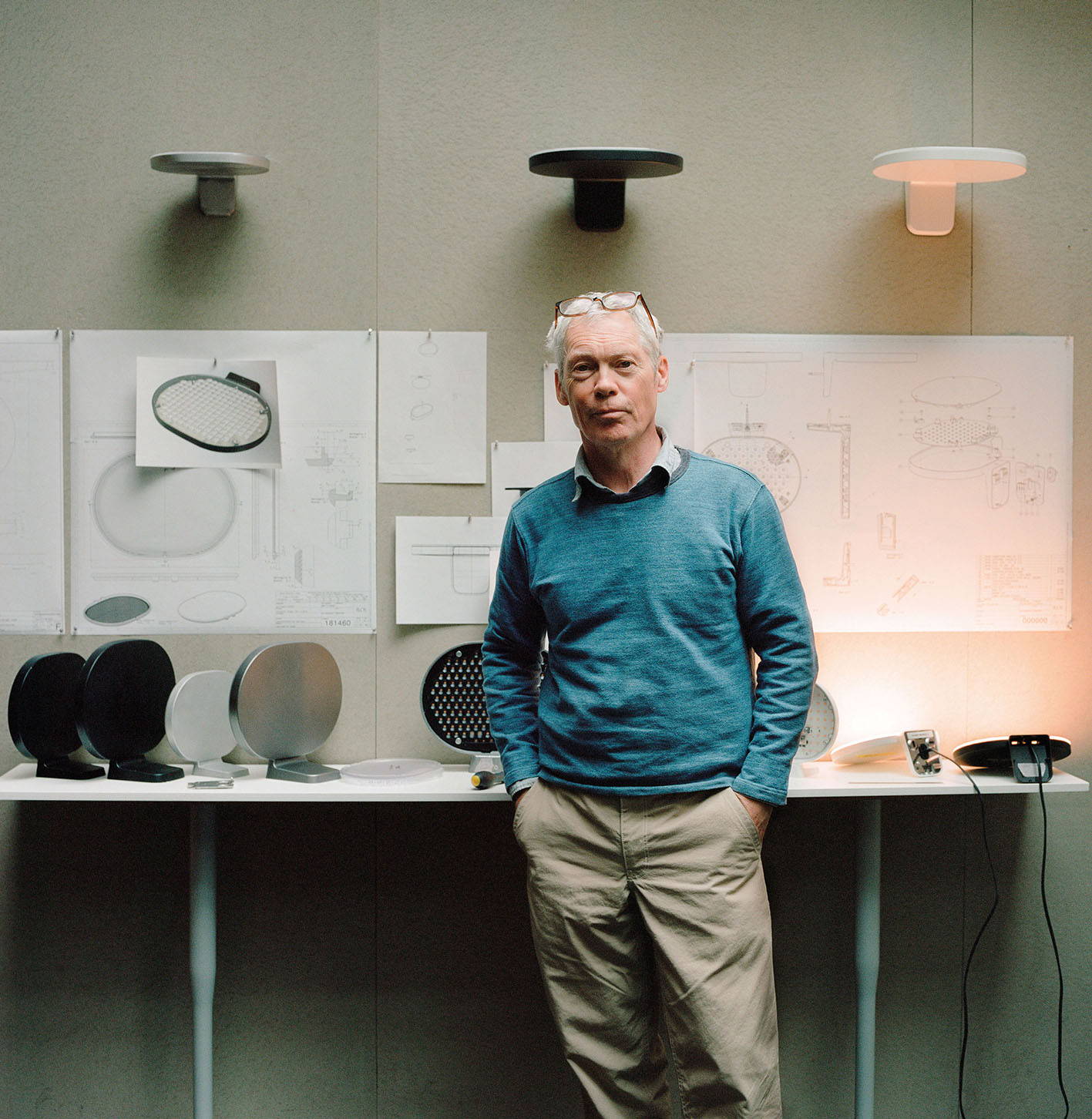